Verb is a Vocabulary Word (One Reason Grammar is Exclusionary)

Aside from asking for help with formatting, one of the most common requests I get is to help a client with run-on sentences. Most people, even non-native speakers, have a basic sense of what makes a sentence. I don’t see many papers that are so riddled with run-ons that they’re unintelligible. But, if you want to weed out all of your run-ons, you have to have more than a basic sense of a sentence. You have to know the rules if you want to analyze the most frustrating sentences. 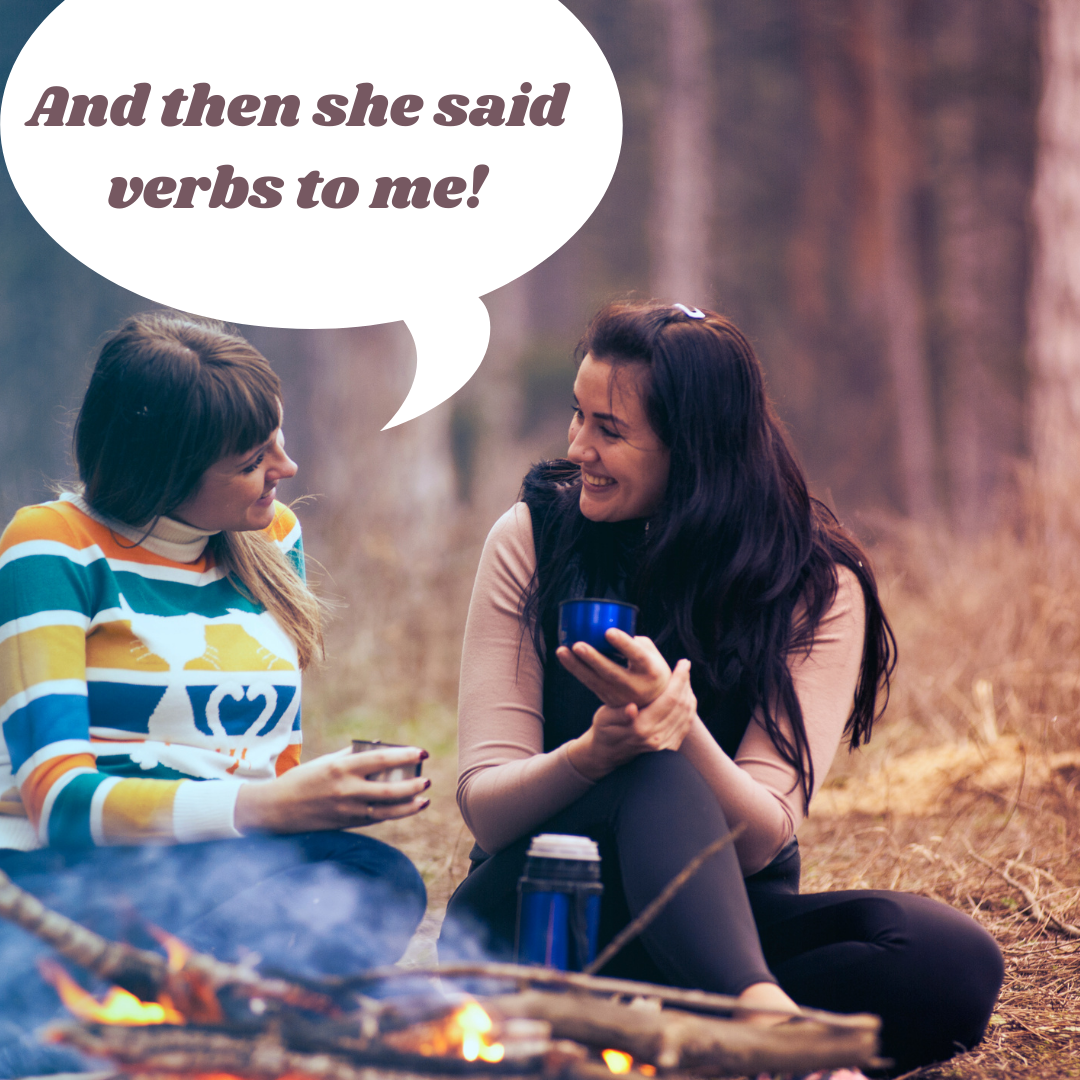 Before I get to that (though I promise, I will get to that), I need to get some of the grammar vocabulary out of the way. Side rant: part of what makes grammar so elusive to people–part of what makes knowing grammar feel like such an exclusive club–is all of the vocabulary. People use vocabulary to talk about grammar that they’d never use in any other context. When else do we talk about nouns? Clauses? Prepositions?

With that in mind, this post covers the vocabulary word “verb.” It’s probably a familiar term, but if you want to apply it, it’s helpful to know exactly what it means.

Even though verbs most often come second in the sentence, after the subject, we’re going to start by defining the word “verb.” A verb is a structure-class word, so it’s critical to meaning (Klammer, Schulz, & Della Volpe, Analyzing English Grammar). It doesn’t hold the parts of the sentence together; it’s the meat of the sentence.

Think about the words that babies learn to speak first: verbs usually come pretty quickly after babies begin talking, after a handful of nouns. My toddler learned “go-go” before he was one, and he finds it useful in a variety of situations. If you took a high school language course, you probably also quickly moved on to verbs. Think of estar, comer, and caminar. True verbs express an action or a state of being or feeling. Helper, or auxiliary, verbs help a true verb indicate a time or a degree of possibility. Think of could have eaten, for example. 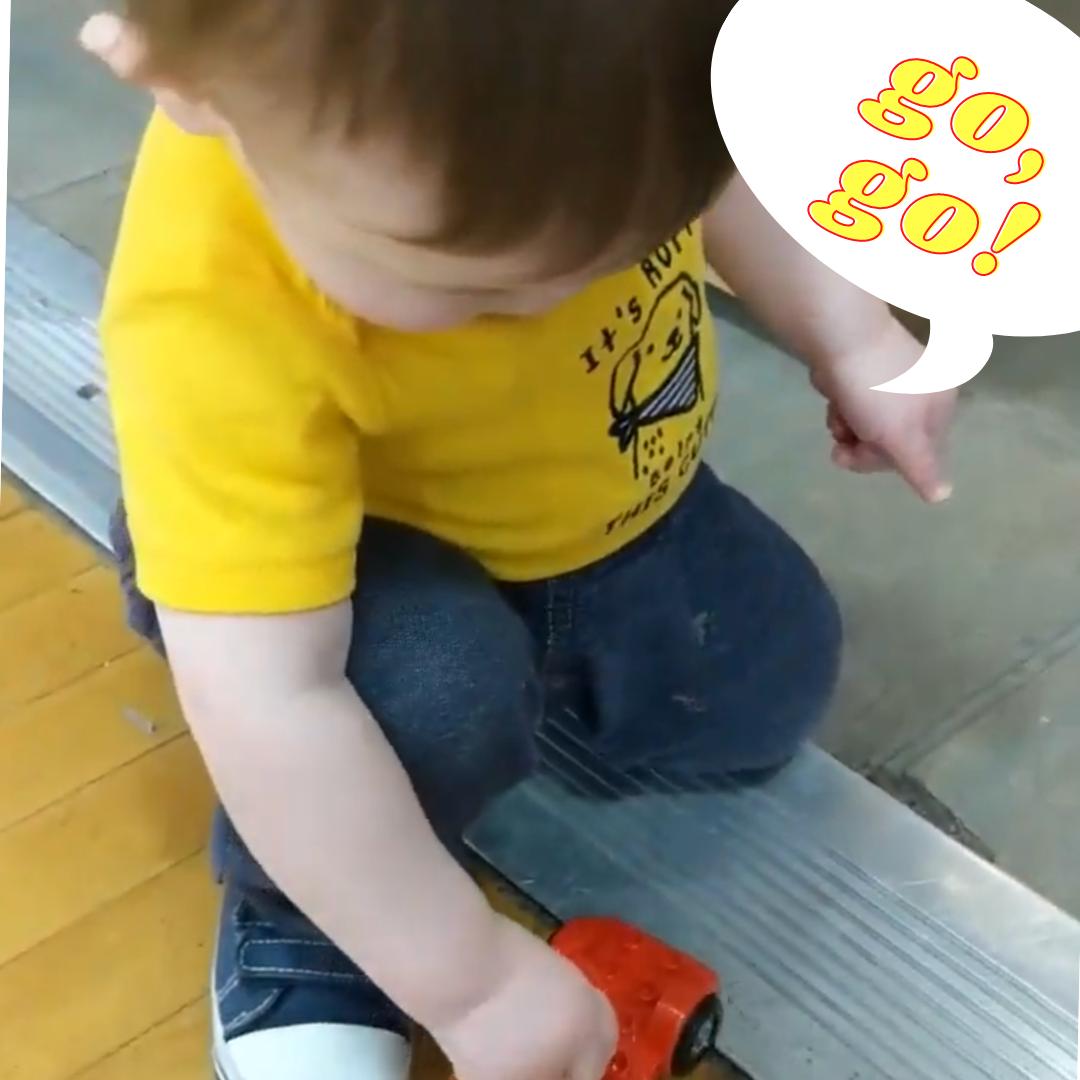 Sometimes, knowing the definition is enough to help you pick a verb out of a sentence. Take this sentence from J.K. Rowling’s Chamber of Secrets:

“Fear of a name only increases fear of the thing itself.” 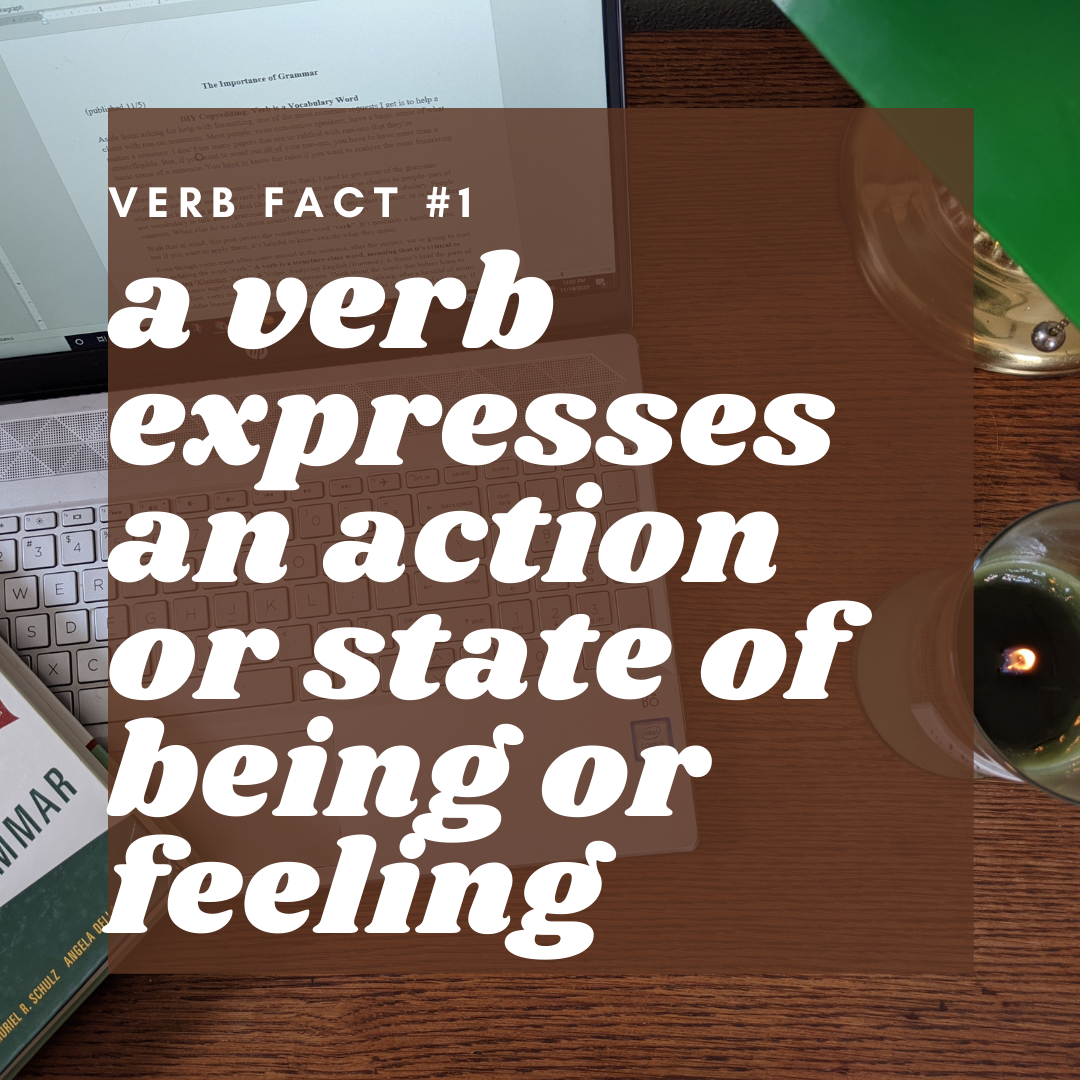 Knowing the definition of a verb, you can determine that “increases” is the verb, and the other words in the sentence serve other functions. This sentence makes a lot of sense; it’s one sentence, and it has one verb.

But there are plenty of other quotes in Harry Potter, or any other piece of writing, that aren’t so simple. Look at the quote that opens the Marauder’s Map. This sentence has multiple verbs:

“I solemnly swear that I am up to no good.” (Rowling, Prisoner of Azkaban)

This sentence has two verbs, “swear” and “am.” It’s allowed to do that because it has two clauses. (I’ll go in depth on clauses in another post, but this post is about verbs.)

Or, perhaps more confusing, take this sentence from Harry Potter and the Sorcerer’s Stone, which has three clauses but six verbs:

“There are some things you can’t share without ending up liking each other, and knocking out a twelve-foot mountain troll is one of them.”

No, because this sentence follows the rule that states that only one verb per clause can have a time marker ending. Unlike function-class words, structure-class words can take all kinds of endings that give more information. In other words, there’s only one version of “of,” but “walk” can turn into “walks,” “walking,” or “walked.”

Unfortunately, adding an ending to a verb doesn’t automatically make it a main verb. Of those endings, only the “-s” ending on a verb consistently tells you anything about the time. You know that a verb that ends in “-s” is written in present tense. If you see a verb like that, you’ve found the clause’s main verb.

The “-ed” ending is hit or miss. Sometimes it’s a past tense ending on the clause’s main verb. But, it could also be a verb that’s being used as a descriptor instead of as a verb, like the word “well-organized” in this quote from Harry Potter and the Sorcerer’s Stone

“To the well-organized mind, death is but the next great adventure.” 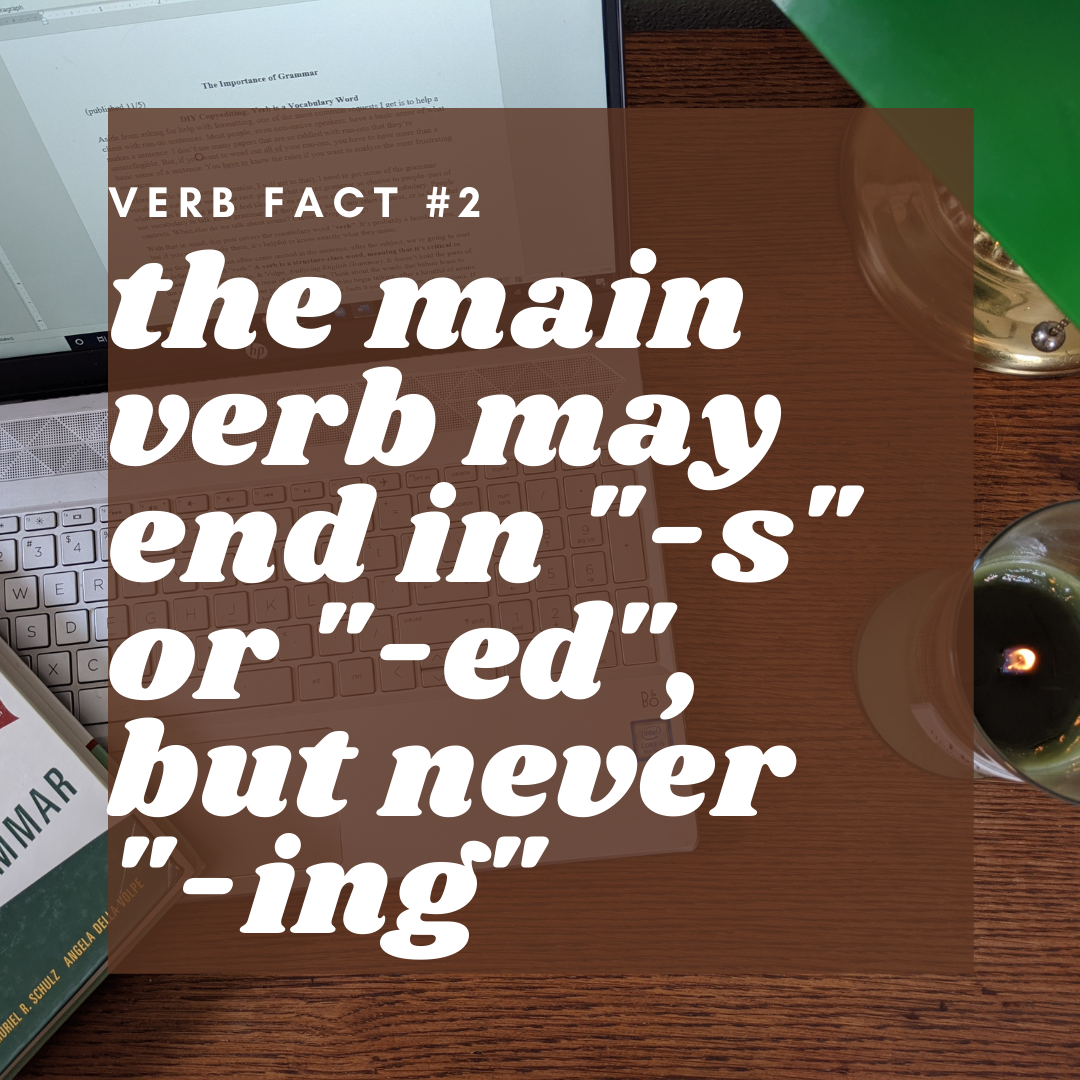 So, if you find a verb that ends in -ed, check that the sentence actually happened in the past, and then double check that the -ed verb is, in fact, the clause’s main verb.

Verbs that end in “-ing” or “-en” are never the clause’s primary verb. Verbs like these are frequently used as descriptors (as in, “burning man” or “forgotten few”). When they’re actually used as verbs, they have to be paired with another word that indicates the time. Verbs that end in “-ing” need to be paired with a version of “to be” to express an action.

Thus, in this Harry Potter quote, all of the “-ing” verbs are taking the place of things, not verbs:

There are some things you can’t share without ending up liking each other, and knocking out a twelve-foot mountain troll is one of them.

One more caveat: while plenty of verbs end in “-en,” there are at least as many past participles that end in “-ed” or have irregular endings.

Without going into too much detail here, a past participle is a word that pairs with “have,” “has,” or “had.” Past participles can include “known,” “gone,” “walked” (when you want to say “have walked”), and so many others. 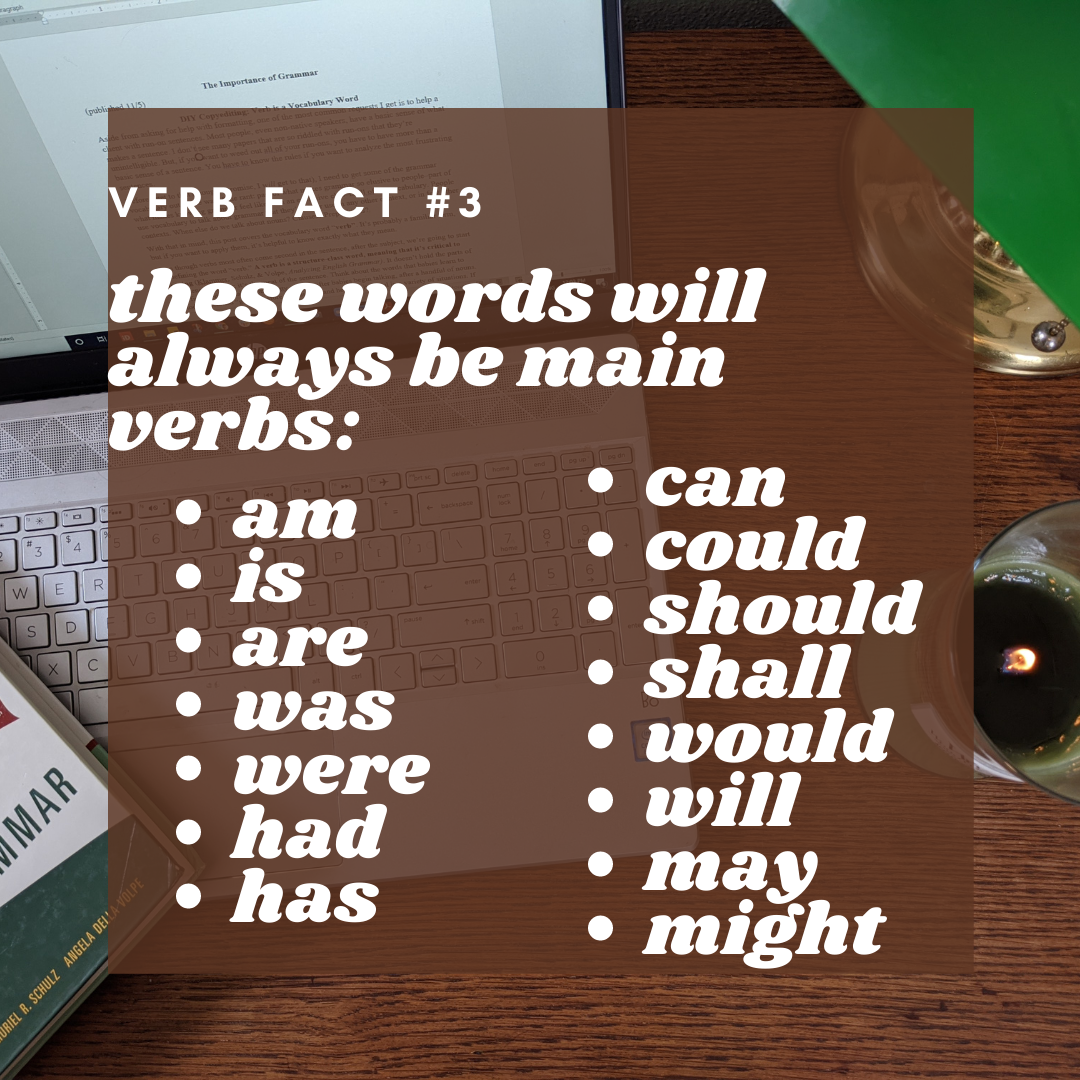 How to Ask for Help as a Parent and Dissertation Writer

Writing a dissertation with kids around is hard. You’re likely to do a lot of your work from home, and you won’t get the same opportunities for distraction-free writing time

Mary Tomkins completed her Doctor of Philosophy in social and health psychology through the Department of Psychology at the University of Houston. Her dissertation is titled “Incorporating Religiousness into a

Since the start of the COVID pandemic, society at large has finally gained an appreciation for how difficult it is to balance parenthood and work. Dissertation writing is perhaps even

Read More »
Sign up to get writing tips that make sense.

Sign up to get writing tips that make sense. 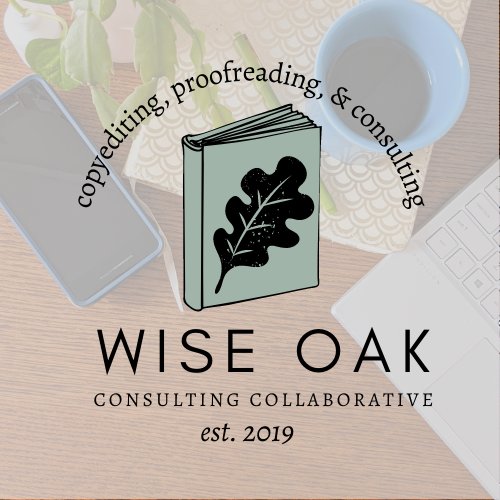